Grain sorghum has the reputation of being a low input crop. In one sense this is true in that seed cost and the need for expensive insecticide or fungicide treatments are often less than for other crops. However, for grain sorghum to reach its yield potential, essential nutrients must be present in the soil in quantities sufficient to meet the need of the crop.

More times than not, simply applying a few pounds of nitrogen preplant, or relying on any nutrients left in the soil from the previous crop will most likely lead to lower yield than could otherwise be achieved.

Modern grain sorghum hybrids have the ability to yield much more than what the casual grain sorghum grower usually realizes. Last year, Harrison Rigdon in Maryland set a record dryland grain sorghum yield with 238.75 bushels. Right behind Harrison was Jim Boehike in Idaho and Ki Gamble in Kansas with yields of more than 230 bushels. One of the things common to all three growers is having adequate nutrients.

Grain sorghum requires approximately 1.2 pounds of nitrogen for every bushel produced. Where nitrogen comes from does not affect the crop, as long as it is in a form that can be taken up by the plant. Before deciding how much fertilizer is needed, a good soil test is critical to know how much nitrogen is present or may be mineralized during the growing season. The main fertilizer sources in the U.S. are anhydrous ammonia, urea and urea-ammonia nitrate solutions (UAN). Each of these sources has advantages and disadvantages, but all are effective nitrogen sources. Last year’s National Sorghum Producers 2015 Yield Contest winners used each of these sources of nitrogen.

Going into the growing season, often it is difficult to set a yield goal and know how much nitrogen is ultimately going to be needed. Certainly, growers do not want to over apply nitrogen. A good way to manage nitrogen is to plan on multiple applications. Apply no more than 50 percent of the anticipated needed nitrogen preplant, and then adjust the nitrogen applied to meet the anticipated yield potential as the season progresses. This is particularly important on sandy soils where preplant nitrogen can be leached out of the sorghum root zone following heavy rains.

Once sorghum is established, there are two critical growth stages when lack of nitrogen will have a significant impact on yield. The first occurs approximately 30 days after emergence when sorghum is entering a rapid growth period. To support this rapid growth, adequate nitrogen must be present. The second key stage is at or just before the boot stage, which occurs approximately one week before heading. At this time, nitrogen is needed for good pollination, grain set and grain fill.

Providing adequate nitrogen to the sorghum plant throughout the growing season will go a long way toward boosting grain sorghum yields. 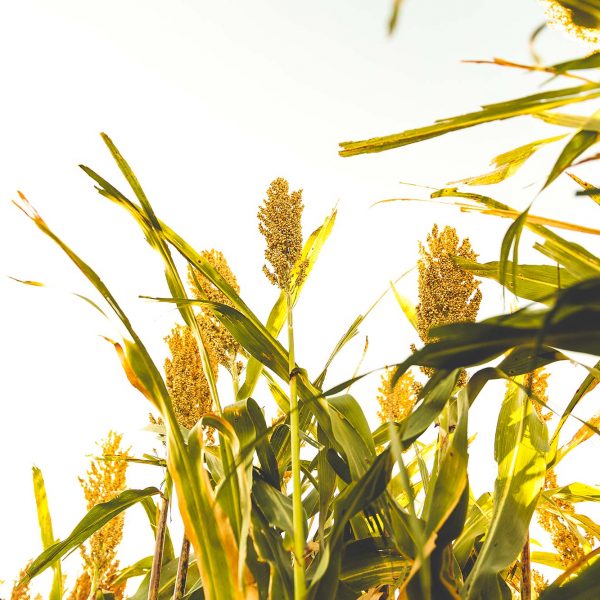