Sorghum’s GI study used published standardized protocol. Two groups of 10 healthy non-smoking volunteers, men and women, ages ranging from 19-55.9 years old, not under or overweight, no impaired glucose intolerance, allergies or illnesses, and consuming no medications, other than hormonal prescriptions participated in the study. GI values below 55 are ranked low, values between 56-69 are ranked medium and values 70 and over are ranked high, thus the whole grain white sorghum flour GI is ranked high (on the med-high cusp), and the burgundy whole grain sorghum flour, whole grain sorghum and pearled sorghum GI’s were all ranked medium.

TESTING GI IN FLOUR IS A CHALLENGE

Testing GI in flour, an ingredient, rather than a consumable food with humans is a challenge since people do not consume flour per se. In this study, each of the sorghum flours were mixed with water to make a batter and subsequently pancakes were cooked for the test. No other typical pancake ingredients such as milk, fat or eggs were added, which would have lowered the GI. Furthermore, the total available carbohydrate (AC) amount of 50 grams used in this test is unlikely to be a serving. Since the AC affects blood glucose level, nutritionists calculate the glycemic load (GL) to accommodate for differing amounts of AC/serving. Multiplying the GI by the AC/serving and dividing by 100 yields the GL value. The GL thus takes into account the fact that people eat varying amounts of AC per serving of food.

The current consensus is that GL values of 10 or less are ranked low, values of 11-19 ranked medium and GL values more than 20 ranked high. Thus in this study, white whole grain sorghum flour and pearled sorghum GL are ranked high (on the med-high cusp) and the burgundy whole grain sorghum flour and whole grain sorghum GL’s are ranked medium. The burgundy whole grain sorghum contains slightly more fiber and protein, thus the expected lower GI and GL. However, the two whole grain sorghums flours were not statistically significantly different from each other, while both were statistically significantly lower than the glucose control (p< 0.001). Additionally, the two grains were not statistically different from each other, but they were signifcantly lower than the glucose control (p<0.001). Knowing which foods will produce a lower blood glucose response is an important consideration for people with diabetes and those at risk of developing it. This knowledge can help individuals determine if sorghum is the smart choice for them and their family. 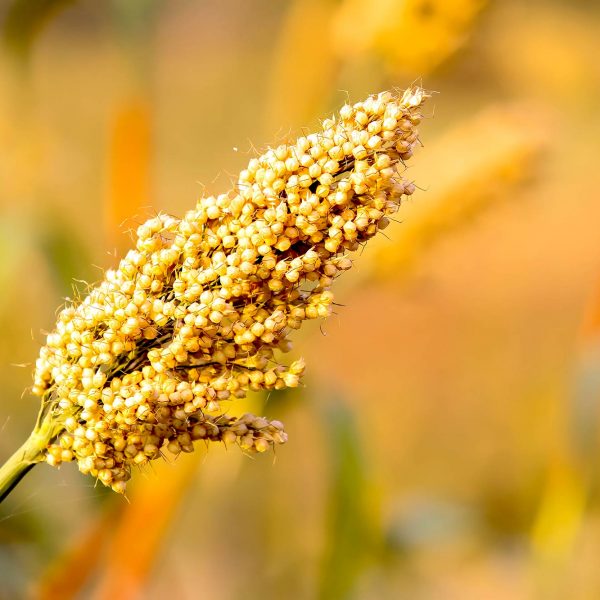 Sorghum Safe for those with Celiac Disease & Gluten Sensitivity