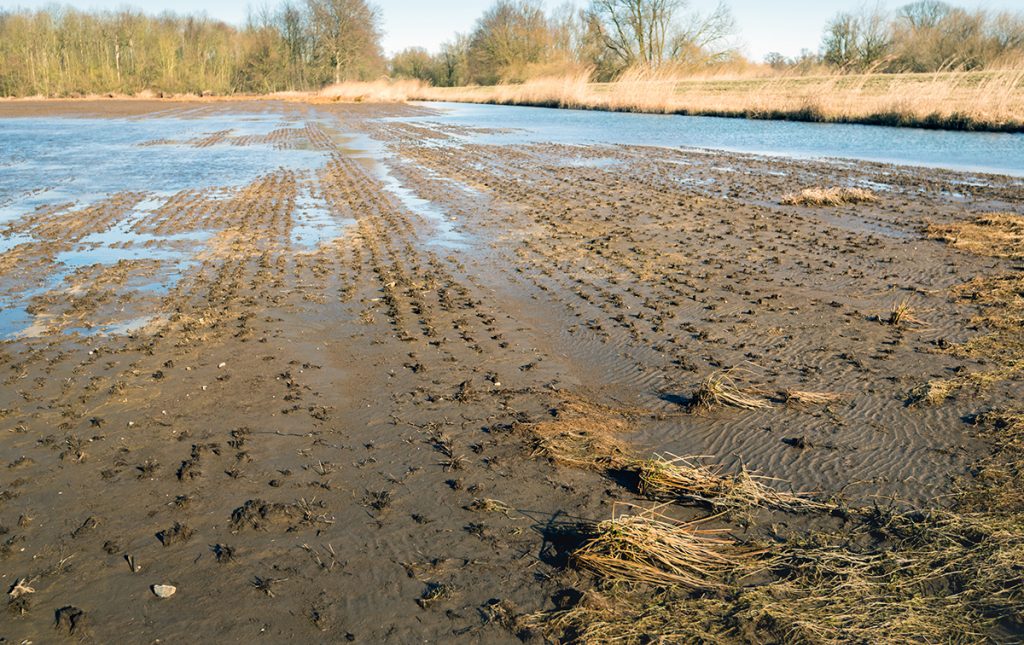 Growers never like to complain about too much of a good thing, and rain and snow certainly fall under this category. However, snow and rain caused problems for growers throughout several regions of the U.S. in late 2018 and early 2019. At first, the problem was getting crops harvested, and now it is getting land prepared and crops planted in a timely manner. When everything needs to be done at the same time, growers must prioritize, concentrating on management practices that have the most impact on the 2019 crop and considering any long-term effects on the farm.

When possible, growers should avoid the temptation to till wet soil – yes, easier said than done! Tilling can cause more problems and lead to more delays than waiting a few days for the soil to adequately dry. For example, dragging up big clods may require additional tillage to break them up and compaction caused by driving on wet soil can have lasting effects that are difficult to correct.

For sorghum, growers should plant a little later than normal and focus on the details, such as starting with a clean field, applying the right fertilizer and amount, applying a pre-emergence herbicide and planting under, at least, satisfactory conditions.

One advantage sorghum may have over some other annual summer crops is that its optimum planting date typically occurs later in the growing season. For example, corn typically is planted a month earlier than grain sorghum. The extra month to prepare for planting may be invaluable this year. Ideally, sorghum should be planted into a moist but firm seed bed when soil temperature is 60 degrees or higher.

A second advantage for sorghum is the last planting date for obtaining crop insurance is generally much later than it is for corn.

Changes in soil nitrogen produced by flooding situations are hard to predict, particularly when frozen soils are involved. However, more than likely, a significant quantity of nitrogen has leached out of the potential root zone or has been lost through denitrification. If possible, collect and analyze soil samples to a depth of at least 24 inches to determine residual nitrogen. When time does not allow for sampling, this is a year when growers may assume that the soil contains little residual nitrogen. If there is not time to apply nitrogen preplant, growers should consider applying a starter fertilizer and 30-40 pounds of nitrogen in a sidedress application at or soon after planting, either dribbling the sidedress application onto the surface or injecting it into the soil at least a couple of inches to the side of the seed furrow. Then, growers should apply the remaining needed nitrogen as a second sidedress layby application 24-30 days after crop emergence. Applied in this manner, efficiency is increased, and 0.9-1.0 pounds of nitrogen per bushel of yield goal should be sufficient, as compared to the 1.1-1.2 pounds of nitrogen needed per bushel when applying all nitrogen preplant.

In a rush to get the crop planted, growers should not skip on controlling all of the emerged weeds and applying a pre-emergence herbicide. It is better to plant a few days later versus battling a potential weed control disaster during the growing season.

Planting into wet soils can lead to poor seed-to-soil contact and poor slot closure. Growers should make sure openers, press wheels and closing wheels are in good shape prior to planting. Adjusting down pressure on press wheels and closing wheels can help, though making the right adjustment can be more of an art than a science. Also, growers should watch for mud buildup on gauge wheels and disk openers. Fortunately, sorghum is more forgiving of skips and poor emergence than other crops due to its ability to tiller and produce more seeds per head.